This doctoral thesis is based on a cultural-linguistic approach to postcolonial literature, which is called to uncover the complex web of relationships between linguistic devices and the ideological message they deliver more or less directly. For a better understanding of the relevance of such an approach for linguistic, cultural and literary studies, we have chosen to closely examine four novels which hold a controversial position, still generate heated debates and defy strict categorization. What Jhumpa Lahiri and Zadie Smith share are their immigrant background and their common preoccupation with voicing the struggle of the first and second-generation of immigrants and portraying the consequences of living in a multicultural and increasingly intercultural society. Hopefully, our analysis provides enough evidence to support the inclusion of both Jhumpa Lahiri‟s The Namesake (2003) and The Lowland (2013) and Zadie Smith‟s White Teeth (2000) and NW (2012) into the larger category of postcolonial novels. 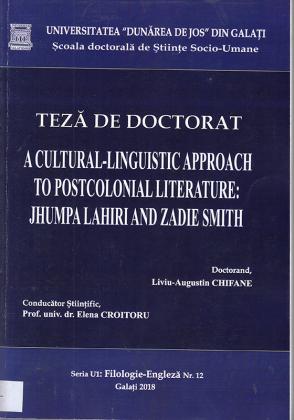