In order to reduce the pollution caused by the expanding economy, solutions are sought to find new forms of energy instead of the one based on the burning of fossil fuels. In this context, the Nordic countries (Sweden, Denmark, the Netherlands, England, Norway) use the wind as a source of electricity generation. Thus, in the North Sea of the European continent, "windmills" appeared, which, through the generators, are coupled to a system of pale energy production. These complex installations are installed in large winds with strong winds that produce waves with high heights and short periods. Vessels that service these complicated installations must respond to safe sailing requirements for maintenance
personnel and transported equipment. Since classical ships do not exactly fit these requirements, they look for forms of hulls that give good behavior to such large ones. In the paper, the Trimaran type ship is approached, using the CFD numerical methods, the shape of the bodies as well as the distance between the bodies so that the ship's behavior meets the safety requirements of the offshore installation. 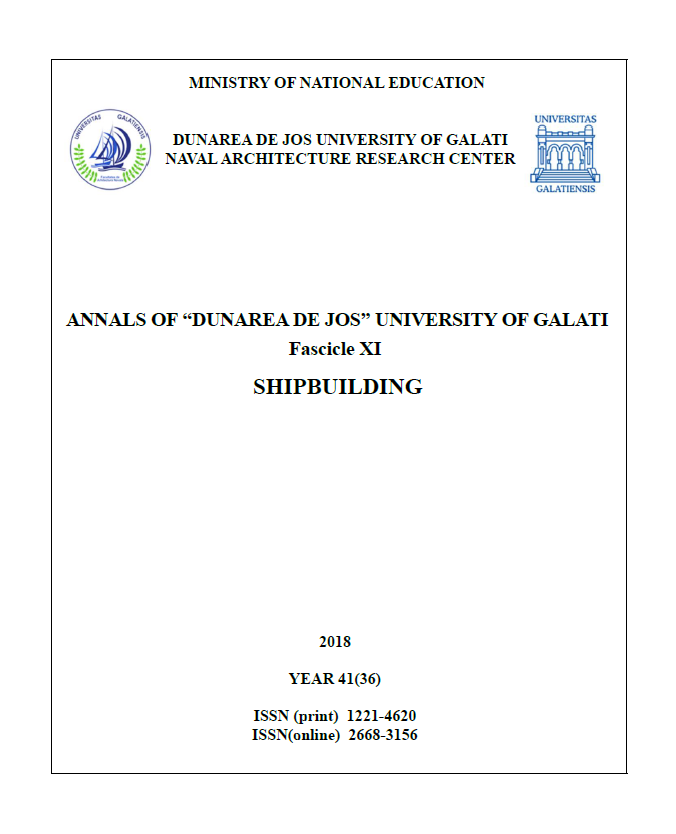